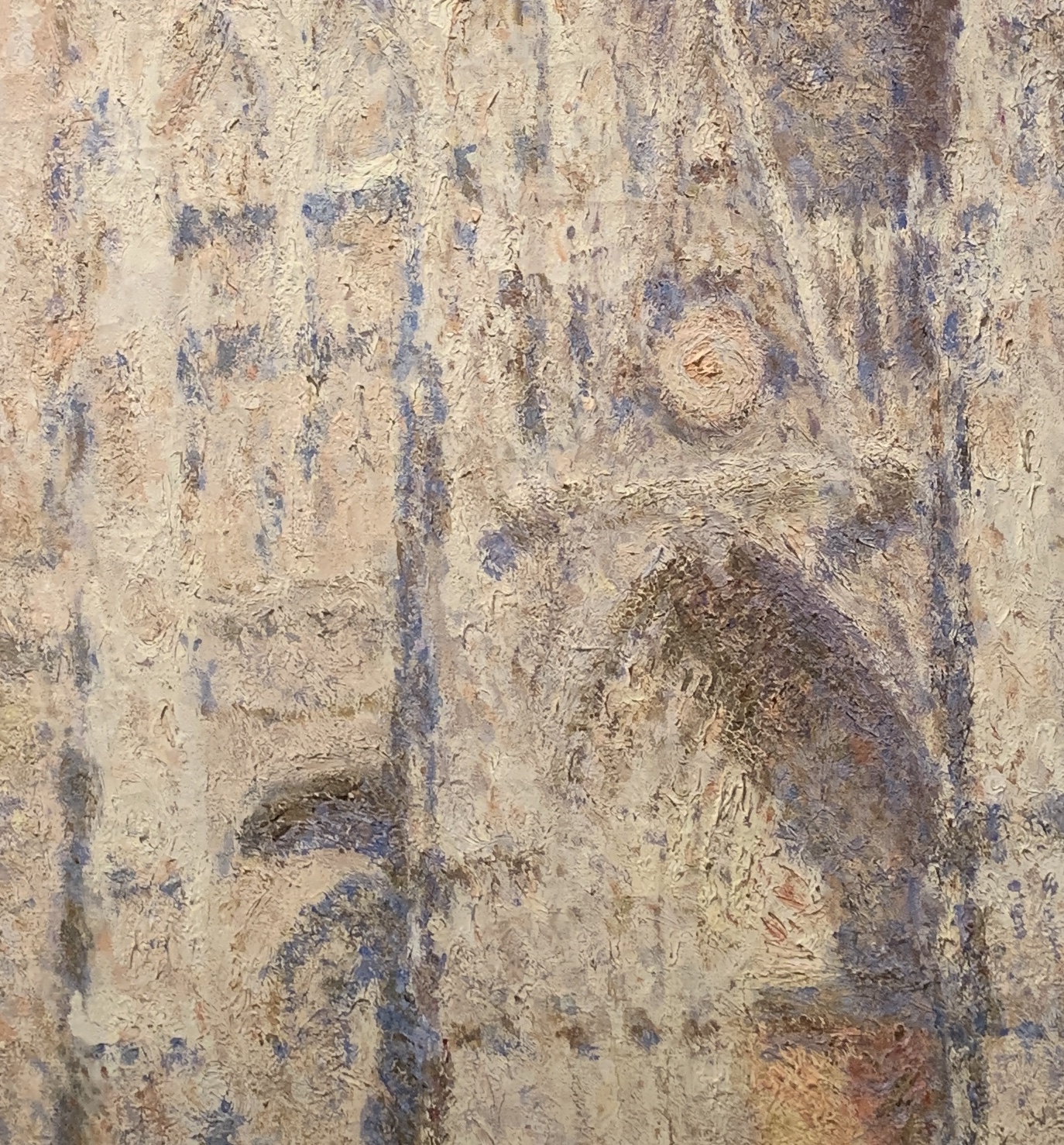 When I travel, deciding on the location is usually based on two factors: (1) the place has a restaurant that I want to eat at and (2) there is art there that I want to see. France meets both of those requirements, bar none. 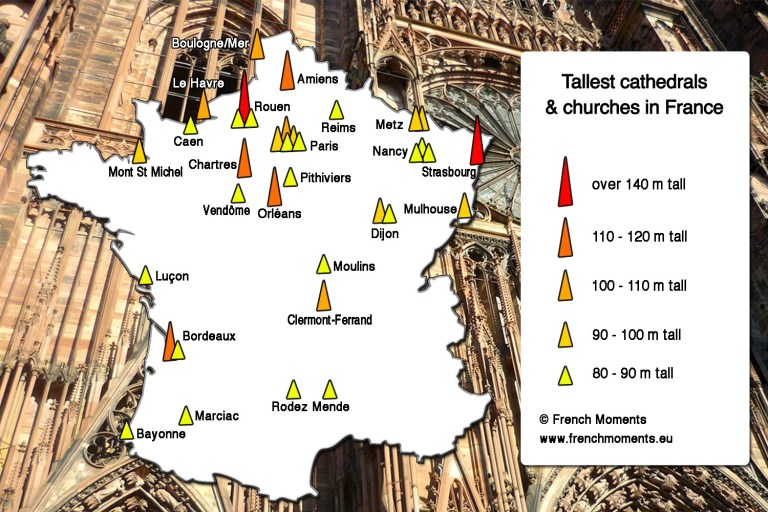 A great dream of mine (which I hope to turn into reality one day) is to take a road trip through France to see all of the notable cathedrals and churches.

In this post, I spotlight one such monument, the Rouen Cathedral, which served as inspiration for both Claude Monet and Camille Pissarro in the 19th century. Part I focuses on Monet’s series of paintings of this cathedral from 1892-3.

The cathedral in Rouen was first built in 396 but was destroyed by the Normans* (an ethnic group that resulted from contact between Franks, Gauls, and Vikings) in the 9th century. It was rebuilt in 1145 in the Gothic style and fully completed in 1250. In the 15th century, the façade of the cathedral was updated in the Flamboyant Gothic style, with the addition of a new tower called the Butter Tower, funded by wealthy citizens of Rouen in exchange for permission to continue to eat butter during Lent.

The Impressionist view of “light”

“The older I become the more I realize of that (sic) I have to work very hard to reproduce what I search: the instantaneous. The influence of the atmosphere on the things and the light scattered throughout” – Claude Monet, 1891

Monet’s fascination with light and its ability to change the perspective of his subject given the time of year and weather conditions came to its greatest realization in the series of thirty or so paintings he made of the Rouen Cathedral between 1892-3.

This was not the first time Monet had painted a subject in varying times of day, weather or seasons, having done so in 1890-1 with his series of haystacks.

Capturing the façade of Rouen Cathedral

Monet set up a studio across the street from the cathedral so that he could observe, and then eventually depict Rouen’s façade as it changed throughout the year. This attempt at capturing the “instantaneous,” especially that of a stony and immovable monument like the cathedral seemed daunting to Monet, so much so that it brought on nightmares of being crushed by the grand edifice. He wrote, “Things don’t advance very steadily, primarily because each day I discover something I hadn’t seen the day before… In the end, I am trying to do the impossible.” ** He solved this problem by using multiple canvases simultaneously to set up the general feeling of the scene and then finished the rest from memory. In his studio in Giverny, he made even more changes so that the paintings all had a cohesive feel to them.

He titled each painting in the series according to the time of day, weather conditions and season and chose specific color palettes for each: blue tones for the morning, gold tones for the afternoon, and browns and grey for overcast days. 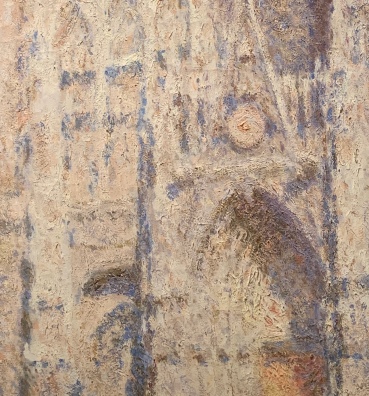 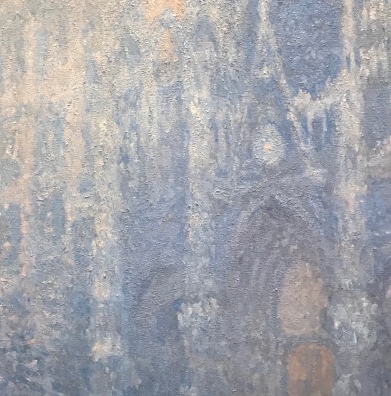 These paintings, when observed up close, are incredibly tactile, built up from thick layers of paint. As viewers we see all of the subtle changes Monet saw as the day progressed and the light transformed the stones in the façade into living, breathing entities.

As his good friend Georges Clemenceau observed  “In front of the twenty views of the building by Monet, one notices that the Art, in its persistence of expressing the nature with increasing exactitude, teaches us to watch, to perceive, to feel. The stone itself is transformed into an organic substance, and one can feel how it changes in the same way that a little moment of the life is followed by another one.”***

* Fun fact: for anyone who watches Vikings on the History Channel, Rollo, who as we know, became the Duke of Normandy, was baptized at Rouen Cathedral and was buried there in 932. His son, Richard I, expanded the cathedral in 950.