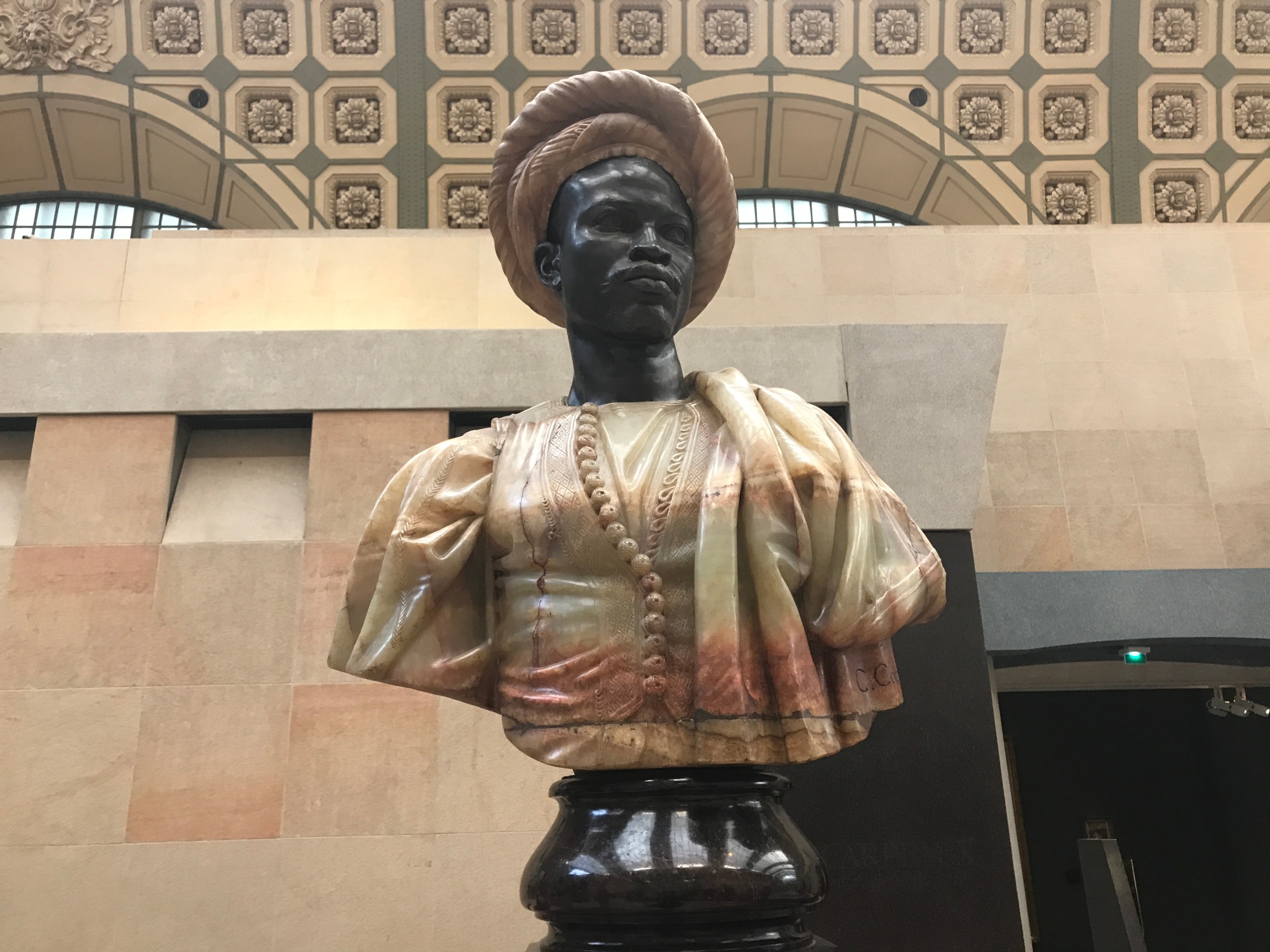 When the Marvel comic book movie, Black Panther won Outstanding Performance by a Cast in a Motion Picture at this year’s Screen Actors Guild Awards, Chadwick Boseman took the opportunity in his speech to express what winning that award meant to not only the cast but to Hollywood and society in general.

Referencing the Nina Simone song, To Be Young, Gifted and Black, Boseman took this platform to illuminate the struggle of being black in Hollywood, remarking that “we know what it’s like to be told there’s not a screen for you to be featured on, a stage for you to be featured on.”* Every day on the set, the cast dedicated themselves to portraying characters that were “full human beings,” and did not perpetuate the stereotypes of black lives seen in “The Help,” “Gone with the Wind,” and every other maid, nanny, slave or secondary character put on screen before. The cast of Black Panther lived and shared the experience on film of black life that was as humanizing as the world white culture has lived and thrived in for centuries.

This idea of depicting people of African descent as full human beings and not as maids or slaves has been a rare phenomenon in the art history canon. While this is a topic that can be written about at length in a dissertation (which it has and is currently the subject of the exhibition, Posing Modernity: The Black Model from Manet and Matisse to Today, that I will review in a later post), in this post, I will spotlight a few works of art that I have encountered in my travels that seek to represent people of African descent in a different light.

Musée de Orsay is one of the most awe-inspiring museums I’ve ever visited. Among its many treasures, it has the most extensive collection of impressionist and post-impressionist art in the world. Housed in a former railway station, the Gare d’Orsay,** the main hall of the museum contains an array of sculptures, and it is there, I discovered a duo of busts that has never left my thoughts since.

In the tradition of Roman busts

Made in 1856 during a trip to Algeria, Charles Cordier was enthralled by the beauty of this former slave and created this polychrome bust, comprised of bronze and onyx. It was exhibited at the 1857 Salon alongside such works as Alexandre Cabanel’s Michelangelo in His Studio Visited by Pope Julius II and Jean-Léon Gérôme’s The Duel After the Masquerade.

The Idea of the Universality of Beauty

My immediate reaction to seeing this regal representation was that it reminded me of rows of Roman emperor busts that lined the walls of the Hall of the Emperors at the Capitoline Museum in Rome. Cordier’s choice to cast the former slave in a role that was reminiscent of an emperor could not have been accidental– the 3/4 turn of the body, the fabric draped over one shoulder– mimics the form used by Roman sculptors to immortalize their emperors and empresses. In this way, Cordier’s subject is exalted, ennobled and celebrated for his beauty.

I was overwhelmed when I saw these two busts, trying to scan my mental catalog of images to conjure up a moment when I had seen something similar. I had not, not until this moment.

Roman busts have long had political, social and religious associations and were seen as one of the great achievements of Roman art.

During the Roman republic, busts were made to commemorate public officials and military leaders, immortalizing victories and good deeds. Their naturalistic attention to the unique features of the person illustrated a heightened interest in the individual, his/her’s important status and contributions to society.

Cordier’s sculptures, which he did of many different types of races, sought to enlighten  “the idea of the universality of beauty.”** By creating busts of the Negress of the Colonies and Negro from the Sudan, Cordier imbued the same regality and eminence to his models that the Romans bestowed on their illustrious leaders.

In 1848, he wrote that “My art incorporated the reality of a whole new subject, the revolt against slavery and the birth of anthropology.”*** His use of the Roman bust as a model as well as the choice of dress indicated a sense of respect and awareness that beauty came in many forms and many colors.

Paintings in the La Bella tradition

Marie- Guillemine Benoist was a French Neo-Classicist painter who trained with Élisabeth Vigée Le Brun (her painting, Portrait of Muhammad Dervish Khan, Full-Length, Holding His Sword in a Landscape sold at Sotheby’s on January 31 for $7.2 million, setting a record for the highest price paid for a pre-Modern female artist)*** and was inspired by fellow Neo-Classicist, Jacques-Louis David.

Included among Benoist’s portraits of nobility is Portrait d’une négresse, made in 1800, six years after the abolishment of slavery in France. It depicts a woman of African descent, wrapped in luxurious white fabric and seated in an ancien régime chair, a favorite furniture staple in any aristocratic or wealthy household. One of her breasts is exposed, and she looks directly at the viewer.

The pose of Benoist’s sitter echoes the form of the La Bella portraits of Venetian painters, Giorgione and Titian. These were usually reserved for women of great stature or nobility.

Giorgione’s Laura shows Laura di Nove (wife of Count Hugues de Sade) as a young bride, holding laurel (a symbol of chastity and virtue) and a veil (an indication of marriage). Her breast is exposed, which some scholars believe to represent beauty as well as loyalty in matrimony. *****

Titian’s Girl in a Fur is done in the same style of Giorgione’s Laura. While some art historians believe that Titian’s sitter was a prostitute, it is also plausible that the sitter was a member of the wealthy class, evident by the fur coat, the pearl crusted headpiece, necklace, and earrings. All of these items were incredibly expensive, even for affluent members of the Renaissance. She has a similar pose to that of Laura and Benoist’s sitter, creating a connection between these portraits to the genre of the “ideal beauty.” To place Portrait d’une négresse in this grouping becomes a significant statement, Benoist’s négresse is an ideal beauty, despite not possessing the pale skin of her predecessors and contemporaries.

Benoist exhibited this at the 1800 Salon and quickly became a symbol of not only women’s emancipation but served as an image for rights for black people in France.

Another version of the Negress of the Colonies is in the collection of the Met, though not on view: https://www.metmuseum.org/art/collection/search/231788