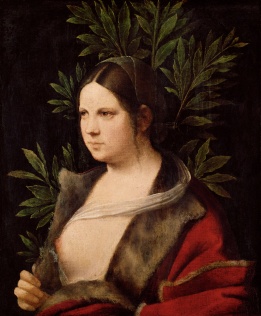 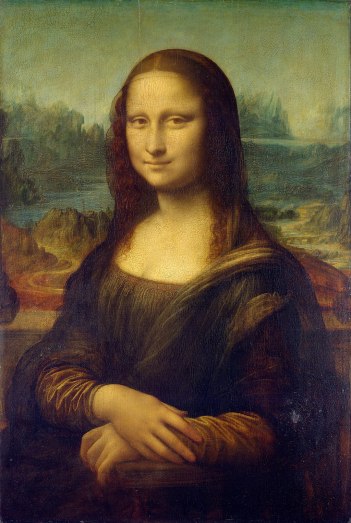 The common factors between these women were that they were all white, almost all of them were noble (except Siddal), and documentation exists to identify them as the sitters.

Having a name associated with a portrait is incredibly significant. It gives a kind of power to the sitter that lives on in history alongside the artist and the work of art. This mark of luxury, which came naturally to the white sitter was not the case when it came to depicting people of color in art; their names disappear into the void, and all that remains is the image of a slave, a maid, a nanny. Who they were as people, and as viable members of society became lost to future generations.

In “Posing Modernity: The Black Model from Manet and Matisse to Today,” a riveting exhibition recently ended at the Wallach Art Gallery at Columbia University, curator Denise Murrell attempts to reassess and reintegrate the black model’s role in the art history canon.

At the heart of the exhibition is Édouard Manet’s Olympia, painted in 1863 and displayed at the 1865 Paris Salon. The scene, set in a boudoir, shows a naked woman, most likely a prostitute lounging on her bed. Her left hand is placed strategically over her genitals, blocking access to the viewer and any potential client. Her maid, a black woman, is at the side of the bed, with a bouquet, a gift from a potential suitor. What was shocking for the audience of the 1865 Salon was not Olympia’s nudity but her direct gaze.

The painting takes its composition from Titian’s Venus of Urbino (1538). Manet replaced the dog with a cat, seen at the edge of Olympia’s bed as well as changing the placement of Venus’ hand, signaling enticement versus the firm block of Olympia’s hand.


The black maid in Manet’s Olympia identified as Laure, was an art model of either Caribbean or African descent. Murrell, in her research, discovered that she lived ten minutes away from Manet’s studio. In his notebook, she is described as “a very beautiful black woman.” Manet painted her portrait in 1862 and included her as the nanny in his “Children in the Tuileries Garden” (1862). Both of these paintings were included in the exhibition.

Traditionally, the art historical view of the black maid in Manet’s Olympia addressed her not as a maid in the bedroom of a high-class prostitute, but more as a symbol of Manet’s juxtaposition of color– black versus white– to showcase the figure of Olympia, and thus to reimagine the chiaroscuro technique.**

Art historian Charles Bernheimer wrote in 1989: “The black maid is not […] simply a darkly colored counterpart to Olympia’s whiteness, but rather an emblem of the dark, threatening, anomalous sexuality lurking just under Olympia’s hand. At least, this is the fantasy Manet’s servant figure may well have aroused in the male spectator of 1865.” *

This reading of Laure was especially reductive and perpetuated long-standing associations of black men and women’s primal and unhinged sexuality. Laure was not seen merely as a maid in this image but as the manifestation of Olympia’s use of sexuality as a prostitute, an imminent threat that gave her both sexual (enjoyed only by men at this time) and economic freedom. In a brilliant essay by Dr. Carolyn West (see link in Further Reading), she pinpoints how black women are portrayed either as: a Mammy figure–nurturing yet in perpetual servitude to her employer, Jezebel–promiscuous and indecent, and finally Sapphire–nagging, hostile, the “angry black woman.” ** Bernheimer in his closeted reading of Laure casts her in both the roles of Mammy and Jezebel–nurturer to her white employer as well as the physical manifestation of her employer’s rampant and dangerous sexuality.

By attaching Laure’s name and background story to this painting, Murrell has made her visible again, both in the physical sense and historical sense. She can no longer be seen as solely a representation of servitude or promiscuity but as a person in her own right.

In the same way Olympia’s sitter, Victorine Meurent was a known figure, recognized for being a painter in her own right, Laure’s identity, brought to attention by Murrell’s research, can enjoy similar recognition. Her name, along with her history, can now exist alongside Manet and Victorine in future discussions of this famous painting.

Carmen Lahens. Elvire Franz-Van Hyfte. Catherine Dubois. These three women of color modeled for Matisse in the 1940s while he took up residence at the Villa Le Réve in Nice.

From 1943-46, Carmen Lahens, a dancer of Haitian descent, posed for drawings that eventually would become part of Matisse’s illustrations for Charles Baudelaire’s Les Fleurs du mal (Flowers of Evil), (1947). Lahens’ face, rendered from simple lines in charcoal, accompanies nine of Baudelaire’s poems.*** Taking inspiration from his visit to Harlem in the 1930s, Matisse’s portrait of Belgian-Congolese Elvire Franz-Van Hyfte echoed the transformation of black women he witnessed during the Harlem Renaissance. In his painting, Dame à la Robe Blanche (Woman in White), the markers of headdress and clothing that previously indicated positions of servitude are gone. Elvire is the subject; her refined features and dress symbolize sophistication and elegance– two characteristics that were not typically associated with women of color. Here, Matisse has presented her as just a beautiful woman, and not one solely defined by her race. French-born of Martinique heritage, Catherine Dubois met Matisse while vacationing with her family in Nice and began modeling for him at the age of 12. She sat for a series of charcoal drawings, accompanied by her mother and one of the finished ones, Martinique was displayed in the exhibition. The only model of the three that is still living, Catherine recalls how the sounds of Matisse’s birds permeated the quiet of his garden studio.***

Elizabeth Colomba’s Laure (Portrait of a negress) gives the viewer a narrative in which to place Laure. Taking inspiration from Gustave Caillebotte’s Rainy Day (1877), Colomba imagines Laure walking through the rainy streets of Paris on her way to her appointment at Manet’s studio. Making eye contact with the viewer, Laure reminds us that she is not anonymous. Like Murrell, Colomba reinstating her name into the title of her painting as well as reaffirming her presence with this image is a powerful statement. It is one that challenges the notions that people of color were subservient, plain and unworthy of acknowledgment for the roles they played in various art movements. ***

There were so many examples in this exhibition of vitality and incredible beauty in the works chosen by Murrell but what struck me most of all is the fact that the women that modeled for Manet and Matisse had their names on the walls of the exhibition. To me, that was such a powerful statement– a name to go with a face; a face that looked like mine, or one that I recognized.

To have experienced this important exhibition with other faces of color is something that does not happen very often. As a person of color in the art history world and studying Renaissance no doubt, I am an oddity. I sometimes wonder if a career is possible for me, given the insurmountable obstacles that present itself almost every day. Then this exhibition happened, and it gave me a great deal of hope, hope that I too could achieve something like this, hope that art history will continue to be challenged, transformed, and figures that were too long in the shadows can eventually be brought into the light.

Carolyn M. West. “Mammy, Jezebel, Sapphire and their homegirls: Developing an “oppositional gaze” toward the images of Black women” 4th New York Lectures on the Psychology of Women (2008) p. 286 – 299. Available at: http://works.bepress.com/DrCarolynWest/15/

** The chiarascuro technique is the use of contrast between light and dark to create tension and a heightened sense of drama in pictorial composition. It was famously used by da Vinci, Caravaggio and Rembrandt.